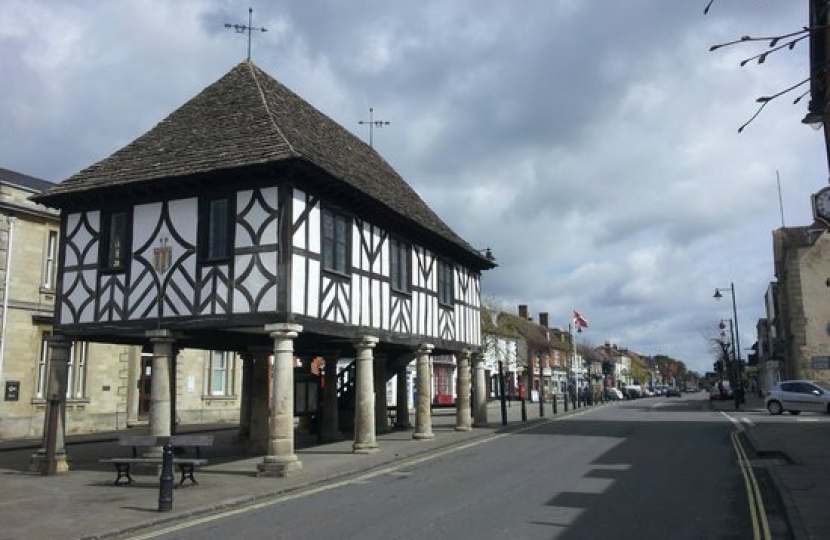 The North Wiltshire parliamentary constituency was originally formed for the 1983 general election. The constituency boundaries changed following the Fifth Periodic Review of Westminster constituencies for the 2010 general election when Chippenham was detached from it to form the basis of its own constituency of the same name. The constituency now covers most of the northern part of Wiltshire stretching from Box in the south west end to Cricklade in the north east and encompassing in total an area of around 250 square miles. It thus covers a largely farming rural area but also includes the towns and larger settlements of Calne, Royal Wootton Bassett, Malmesbury, Purton, Cricklade and Lyneham as well as numerous villages including some very well-known ones such as Castle Combe. Part of the constituency comes within the Cotswold Area of Outstanding Natural Beauty. The constituency is bisected horizontally by the M4, part of the national motorway network, with exits 16 and 17 being within the boundaries.