James was educated at Hillhead Primary School and Glasgow High School and later read history at Glasgow University and Christ Church, Oxford. Before entering Parliament, James’s career was in business. After Oxford, he worked as a graduate management trainee with P&O for a year. In 1978, he was appointed as a Shipbroker and Department Manager at Anderson Hughes Ltd and was made a Freeman of the City of London. In 1984, he moved to GNI Freight Futures Ltd as Managing Director until 1992. Simultaneously, he held posts as a Senior Manager at futures broker GNI Ltd (1989-92) and as a Director of The Baltic Futures Exchange (1989-91). 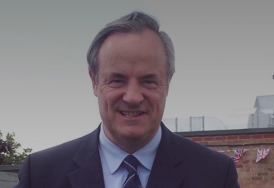