Each constituency has an active Conservative Association which provides the infrastructure to fight election campaigns. However, election campaigns cost money so there is also a dedicated group of people who put on fundraising events throughout their constituencies ranging from local community lunches to high-ticket events with Ministers and Secretaries of State as guest speakers. Some Associations have Patrons Clubs that meet with interesting speakers in exclusive venues.

The Wiltshire Unitary Council was created in 2009 from the County Council and Salisbury, West Wiltshire, North Wiltshire and Kennett district councils.

In 2009, 2013 and 2017 it returned Conservative administrations with Baroness Scott of Bybrook OBE as the Leader of the Council. On the 9th July 2019, Cllr Philip Whitehead became the new leader of Wiltshire Council.

The Council has full responsibility for all local government in the County but has devolved decision-making on local projects to Area Boards. These comprise Wiltshire Councillors, town and parish councillors plus other stakeholders to ensure that local good causes are supported.

Including Salisbury City Council, these town councils act as advisory bodies but also play an important role in many aspects of local life that are taken for granted. For example the administration of parks and promoting tourism. 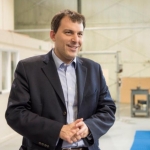 Conservative Member of Parliament for Salisbury
John Glen was born in Bath in 1974 and was brought up into a small family horticultural business in rural Wiltshire. His mother and uncle were born in Salisbury and his grandfather and great-grandfather lived and worked in the City during The Blitz. 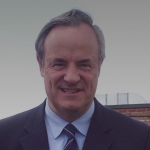 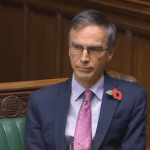 Conservative Member of Parliament for South West Wiltshire
Dr Andrew Murrison was born in 1961 in Colchester. Studying at Bristol and Hughes Hall, Cambridge, his 1995 doctoral thesis was entitled Studies into the Neurological Consequences of Diving he was awarded the Gilbert Blane medal.