Conservative Parliamentary candidate for Salisbury
John Glen was born in Bath in 1974 and was brought up into a small family horticultural business in rural Wiltshire. His mother and uncle were born in Salisbury and his grandfather and great-grandfather lived and worked in the City during The Blitz. John is married to Emma and he has two step children: William and Emily. Emma had a career in the Foreign Office in Paris and now works full time in the home.

He attended King Edward’s School, Bath where he was Head Boy. He took a year out after his A Levels to work, and he studied Politics A Level in the evenings at Wiltshire College. He then won a place at Oxford University where he read Modern History.

After university, John worked for two Government Ministers in the last year of the Conservative administration (1996-97). This experience helped him to understand the hard work involved in being a Member of Parliament and the challenges of constituency work which he had extensive exposure to during his year as a Parliamentary researcher. After campaigning in Middlesbrough South and East Cleveland for Michael (now Lord) Bates in the 1997 General Election, John joined the Strategy practice of a large management consultancy firm.

Following three years in consulting John worked an 8 month spell for William Hague MP’s team. John helped prepare William for Prime Minister’s Question Time and briefed the Shadow Cabinet for media appearances in his role as Head of the Political Section of the Conservative Research Department. After this secondment and standing for Parliament himself, as one of the youngest candidates, in Plymouth Devonport at the 2001 General Election, John wanted to gain further experience outside politics.

John gained an MBA from Cambridge University in 2003 and briefly returned to Accenture, before being asked in early 2004 to work as Deputy Director of the Conservative Research Department, looking after the day to day management of twenty researchers in the run up to the 2005 General Election. He then became Director of the Department and set up the secretariat for the Policy Review that was established after David Cameron became Leader.

Between 2006 and 2010, John returned to Accenture to manage the company’s relationship with the World Economic Forum. He attended the annual meeting in Davos in 2007, 2008 and 2009.

He was selected to fight the Salisbury seat at an Open Primary attended by over 450 people at Salisbury Playhouse on the 31st of January 2010.

John was a Magistrate (JP) at Horseferry Road, Westminster from 2006 to 2012 and retains a strong interest in the law and justice. He has worked as a mentor to students at City University; he has been a Trustee of a National Youth Charity and a Governor of an inner city comprehensive school. He now serves as an Associate Governor at Wyvern College in Salisbury.

The House Magazine: Reflections on the Current Economic Situation

Following four and a half years as city minister, with another year as PPS to former chancellor (now Lord) Philip Hammond, not walking in

I would like to pay tribute to the life of dedicated service of Her Majesty Queen Elizabeth II.

I am proud to be supporting a great, local, Downton based charity with their vision to ensure that every child has the access they need t

I am delighted to see that figures published this June show that our local economic outlook is improving, with the Salisbury claimant cou

Letter of Resignation to the Prime Minister

I have a position open in my Salisbury office for a caseworker; the job details can all be found here.

Helping with the cost of living: Energy Bills Rebate

As the UK economy continues its recovery from the pandemic, we must confront the global inflationary pressures caused by the world econom

Numerous constituents have taken the time to accuse me, sometimes in pretty florid terms, of voting to pump raw sewage into rivers.

Ahead of COP26, which will be held in Glasgow at the end of October, I met with Scottish and Southern Electricity Networks (SSEN) Distrib

Occasionally, constituents profess disappointment that, as a minister, I am unable to speak from the backbenches in Commons debates. 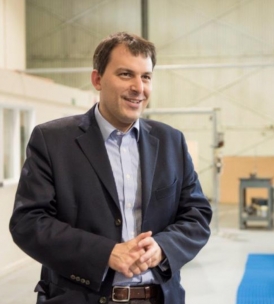